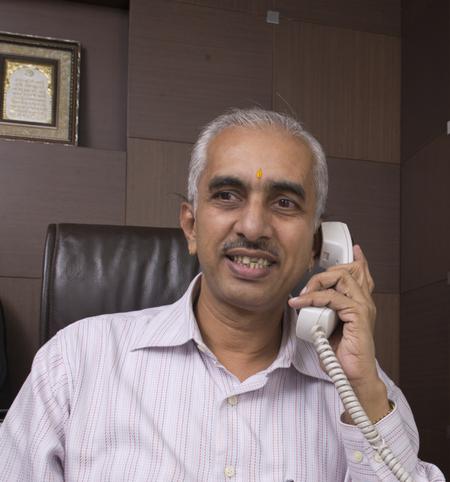 Currently managed by fourth-generation Indian Pearl merchants, Mr Kayvan Sanghvi & Maitraya Sanghvi of Vishrut Gems can trace its history back to 1919. The India-based company deals in Natural Saltwater Pearls, Diamonds, Coloured gemstones, and Natural pearls from Bahrain in particular. The company specialises in natural saltwater pearls ranging from 1.00 to 14mm in size. The Arabic word ‘Bahrain’ translates literally as ‘two seas’, referring to the sweet-water springs under the sea which mix with the saltwater. This combination is believed to be responsible for the beauty of the nation’s natural pearls. Bahraini pearls have seven layers as opposed to Red Sea pearls that have five and Sri Lankan pearls that have only two. These extra layers give the Bahraini pearls a much sought-after lustre. It is therefore little wonder that it is known as the Pearl Capital of the World.

Vishrut Gems drills, polishes and strings these Persian Gulf pearls in its own manufacturing units where it has full control over the quality of the output. It offers a wide choice of colours, qualities and sizes.

“We also deal in fancy-coloured natural saltwater pearls, in all hues and shades,” says KayvanSanghvi, CEO of Vishrut Gems.

The company sorts rows of high-quality drilled pearls in various sizes and strings them onto necklaces, which are then held together with metallic threads. These are popularly known as Bombay Bunch Pearls.

The Bombay pearl is usually a cream rose pearl from the Persian Gulf, Red Sea or other locality, which is internationally marketed through Bombay (known as Mumbai today), a major diamond marketing centre on the west coast of India.

Vishrut Gems has won numerous awards over the years and exports its products throughout Saudi Arabia, Bahrain, Kuwait, Dubai and Doha. For the last two decades, the company has concentrated on high-end jewellery featuring rare gemstones and pearls. This quest for rare gems has taken Vishrut Gems around the globe – to Europe, the United States, the Far East and many other places – in its search for perfection.

All the company’s pearls are certified from the laboratory of the client’s choice. Each pearl is x-ray-tested and rare, large-sized pearls are tested with x-ray micro tomography. You can therefore be completely confident that you will always get what you are looking for at VishrutGems.